The third book in my Hidden Lines series will be out later this month, and to celebrate I’ll be sharing some sneak peeks from Chapter One. To Snarl or to Snuggle concludes the trilogy that charts Chloe and Jorge’s journey to their happily ever after. Sneak Peek #1 can be found here.

Before Naomi can say anything, there’s a commotion at the entrance. A boy, maybe twelve or thirteen, careens into an empty table just inside the door, almost knocking it over. I know puberty can have its awkward gangly growth spurt phases, but this is no ordinary stumbling. At first, I assume he’s drunk or stoned or something—sad, I know, for a young teen— but then I notice some awfully shaggy hair sprouting from his neck and spreading under his shirt.

Shit. He’s a shape-shifter, and by the looks of it, one who isn’t prepared to be going through a transition. Given his age, this is probably his first shift or close to it. Odds say he’s an orphan shifter—born into a family who doesn’t know shape-shifters exist but have some rogue genes in their DNA. Puberty takes hold, and boom, you find out you’re a shape-shifter.

A barista is heading from behind the counter right for the boy, and things might get ugly. I’ve never witnessed a shifter hitting his first change before, but from what Jorge told me, it isn’t smooth—especially when the person doesn’t know it’s coming.

I look at Naomi, who is watching events with wide eyes. She and I are probably the only people in this coffee shop who know shape-shifters exist—and it needs to stay that way. My voice is low and surprisingly calm given that my body is taut with tension. “Hey, Naomi.” 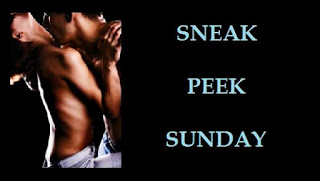