This story features pastry chef Miranda, who runs the pastry kitchen at the Eden Resort, and Roan, a design consultant and Dom. Miranda had been in a submissive relationship with her former husband, who passed away in an accident. Roan lost his wife to cancer and since then has been closed off to love, using his role as a Dom to maintain careful distance. When the two are set up by the resort’s mysterious owner, they both find their walls coming down.
Eden Bradley has a lush writing style that paints a scene with the little details. She captures the power play between Roan and Miranda, as they both effect each other more than either bargained for. Miranda is a sassy, strong woman. Roan is a Dom with a lot of tenderness underlying the commanding exterior. The result is a tantalizing love story.
My only criticism of this book is some sloppy proofreading, although I’ve seen far worse. In the end, it only mildly detracted from the story. I’d give this novella 4.5 cat kisses.

Where Pleasure Point was a more traditional love story, Wild Ride is very erotic and involves multiple partners and bad-ass bikers. Marissa is on the run after believing her ex-boyfriend an accomplish to murder. She is surprised to run into him at Eden, and flees from him, only to end up on another man’s bike. Killer takes her to a secluded villa on the island and the two begin to learn to trust one another.
I don’t read a lot of multiple partner romance, but this was a pretty decent story. It’s definitely got a lot of sex. The writing style is fast-paced and the story is fairly short. I give it four cat kisses.

Her friend told her dreams come true at Eden,but this is more like a nightmare.

Marissa is shaken when her bad-assed biker ex-boyfriend begins to stalk her. After receiving an invitation to an exclusive resort called Eden, she jumps at the chance to get away.

But even in paradise, she can’t escape the man from her past. As he’s closing in on her, a passing stranger on a motorcycle pulls up and orders her onto his bike. Frightened and willing to take any chance to flee her dangerous ex, she does as he says.

Her knight in supple leather manages to lose her ex and take her to a secret hideaway, but now she finds herself overwhelmed by his potent masculinity and submitting completely to his authoritative commands.

Killer didn’t want to be her saviour. He had problems of his own. But once Marissa’s under his protection, he will do whatever he can to keep her safe. Even force her to face her deepest fears.

The island always knows what you need…

Miranda lives in paradise— the exclusive Eden resort, the ultimate in fantasy retreats. Roan, the resort’s dungeon consultant, lives part-time on the island and full-time in the past. When the sexy Dominant and the sultry pastry chef both receive one of the island’s mysterious invitations they spend a sizzling week together in the dungeon suite. They’re left breathless, wanting more… and hopelessly falling. Both have been scarred by loss, both have created a nearly impenetrable shell. The intensity and intimacy of kink might be the perfect recipe to open Miranda’s heart again. But can the man who fulfills her every secret desire ever give her what she needs the most?

To learn more about me and my books: 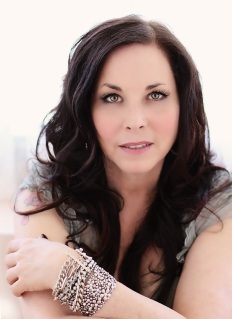 Eden sold four novels and a novella to Bantam, as well as a novella to Berkley, before her first novel even hit the shelves, and Bantam contracted two more novels from her the moment her debut book was released. Her novels and novellas written as Eden and Eve have collectively been translated into German, Romanian, French, Italian, Spanish, Portuguese, Czech, Polish and Japanese.

Eden has appeared regularly on Sirius Satellite’s Playboy Radio show, Night Calls, and has participated in round-table podcast and radio discussions. She has also been a regular guest at the West Coast In the Flesh readings in Hollywood. Eden has conducted  a number of workshops and served on panels on writing craft and writing sex at several chapters of Romance Writers of America, at the RWA Nationals Conference, at the Romantic Times Convention and at library and independent writer’s groups.