Through the Oracle’s Mist, Vengelys Book 1:

Through the Oracle’s Mist starts the story of the Vengelys brothers. This book is written in first person and alternates between Tynan, one of the Vengelys brothers, and Cyrenna, his match-mate (think soul mate). The brothers are banished from their home world of Amaranth to the human world. Cyrenna follows Tynan, and this book is the story of their encounters over many lifetimes on Earth.

Much of the historical events and places described are captivating. There is a formality to the writing style that took me a while to get into so I could read at a quicker pace. At times it seemed that the author had spent a lot of time crafting some of the sentences to the point that they had a poetic quality that matched the sweeping grandeur of the overarching tragic love story being told. Other times it seemed the author hadn’t paid enough attention, as the tense switched from present to present perfect to past to past perfect so often and with a degree of randomness that left me frustrated.

Despite some hurdles, I did find the story line interesting, so I give this book three cat kisses.

This book picks up where the last left off, only this time there are more narrators. There are still passages from Tynan’s and Cyrenna’s first person POV, but there are also passages from Tynan’s sister Jondre (her narrative is in first person and italicized in what, I presume, is an attempt to make it clear when we are in her head). In addition, a host of other characters get their stories told in a mostly limited third person POV (on occasion sections are omniscient third person POV).

Unfortunately, unlike in the last book, the person who’s head we’re in isn’t indicated at the beginning of each passage as it was in book 1. Combine that with the continued waffling between tenses, and this book is a bit of an aggravating mess to figure out. There are also more typos, misused words, and improper/confusing punctuation in this book. I was given a review copy, so it is possible some of the mistakes were cleaned up for the final version.

The story itself is interesting and the world continually becomes more complex, as do the characters. The cliffhanger at the end suggests an intriguing direction. I can’t say a whole lot more about the plot without giving things away.

It’s too bad that the writing isn’t more consistent and refined, as this series has a good concept and characters. However, I have to give Warrior’s Watchtower only two cat kisses. 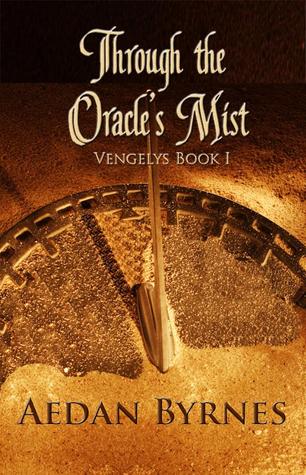 Cyrenna thought she died the day she watched Tynan and his brothers jump through the banishment portal in an act of solidarity with Rigor. Little did she know that it would be the first of many deaths she would experience in her quest to claim his heart. She would surrender not only her immortal soul, but a mortal one repeatedly. Through a deal with the great Oracle, she has multiple mortal lifetimes to change the direction of her future and have a chance with Tynan. From the GenPei War in Japan and the Silk Road west, to Cromwell, the Three Kingdoms and modern times, she lives and dies repeatedly hoping to get her heart’s desire.

Near the end, she makes a misstep, breaks one of the rules of her covenant with the Oracle, and cannot return. The burden falls to Tynan and everything she was able to share with him to that point. The only thing that is absolute is her fervent hope that he will come, but there’s one big problem. Through it all, he doesn’t so much as know her name.

“I am yours and you are mine…Whatever comes now, we are one.”

Her heroes are gone, taken together in a flash by a vengeful God leaving Jondre to find her way alone. Befriended by a woman who knows more than she’s telling, she makes a choice to try to help what’s left of her family and finds herself at the seat of power but also the center of the expanding abyss. Her world is nothing that it seemed.

A Eupion raid near the boundary delivers a surprise to High House, a new tragedy to deal with and the catalyst for an even more difficult future to come. Just when she thinks there cannot be more, she sees the most fearsome immortal she’s ever encountered, and as match-mates are revealed, this one is hers. Nothing is simple anymore.

There is no simple description for Aedan Byrnes. Obsessive, dreamer, reclusive, compulsive, outdoorsman and wordsmith would be among the list if one were started. The displaced Gael lives in the upper Midwest with family between jaunts wherever the road goes. A frequent traveler, Aedan is as likely to be found rock climbing, spelunking, sitting fireside dreaming or aimlessly floating away as hiding with pen and paper working on the next tale.

A lifelong lover of words and writing, Aedan claims a diverse reading appetite and the writing reflects the myriad influences. A self-proclaimed ‘reader’s writer’, the emotional and sensory results of word combinations outweigh the visceral comprehension of phrases for the stories and drives the prose.  The original ‘Eclectic Bard’ enjoys the special magick of storytelling, those who embrace the challenge of writing, and the dreamers who get whisked away by the words making the journey worth taking.

You can find Aedan Byrnes here: