It’s been awhile since I’ve had a Wednesday Words post, but I’m happy to welcome Ashley Ladd to talk about some truly unique words. Here’s her fun post:

I love words. I’d rather write and play with words than breathe. Some words are more fun than other. Some words are fun because of how they look or sound. Some are fun (or funny) because of their meaning. There are a mixture of both below.

Thus I looked it up. According to Wikipedia at http://en.wikipedia.org/wiki/Flibbertigibbet it means “a frivolous, flighty, or excessively talkative person and Flibbertigibbet is a Middle English word referring to a flighty or whimsical person, usually a young woman. In modern use, it is used as a slang term, especially in Yorkshire, for a gossipy or overly talkative person…” 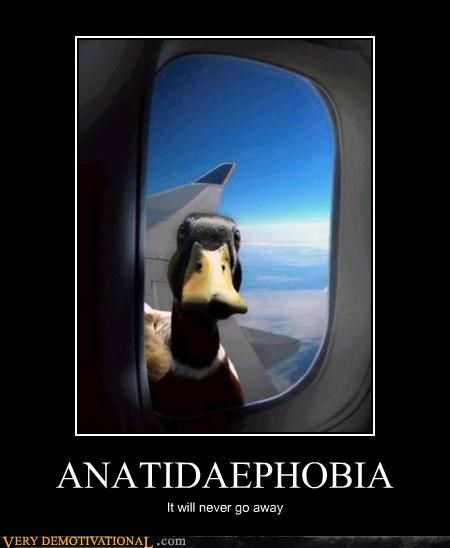 Anatidaephobia: – This word makes me laugh out loud. No joke. It means that you fear that somewhere, somehow a duck is watching you. How ridiculous is this? I mean, who is this scared of ducks? This has got to be one of the silliest, funniest words of all times.

Now I envision stalker ducks peering in my windows, following me around, threatening me. I’ll be dreaming about killer ducks tonight.

Thank you so much for having me today. This was a lot of fun.

Guy Rogers is extremely attracted to his new realtor, Tom Beaudreaux. As a passionate vegetarian and animal activist, he’s ecstatic that Tom is a kindred soul. He could never be with a carnivore. Unfortunately, Tommy isn’t really a vegetarian or animal activist. He never said he was either, he just didn’t eat meat when he was with Guy. And maybe he emptied his house of all meat and dairy products before inviting Guy over. In fact, Tommy’s family owns the most popular barbecue restaurant in town and if his family has their way, he’ll manage the new location.

When Guy finds out that Tommy eats meat and his family owns a restaurant that is a monument to eating meat, he’s livid and doesn’t know if he wants anything else to do with Tommy.

But then Guy’s life gets crazy –his dad’s paranoia blossoms into violent dementia, he gets arrested for picketing a doggy mill, and then he winds up in even more legal trouble. When Tommy sticks by him through all his trouble and does everything he can to help him, Guy wonders if he’s been too militant and narrow-minded. Perhaps he can learn to live with people who have opposite views.

Guy finished his meal, wadded up his napkin and dropped it on his plate. “Do you think it will take long to find more houses for me to look at?”

Guy reached over as if to put his hand on Tommy’s, but stopped in midair. His eyes softened and hope flickered. “I’d like it if you made me, not my business, your priority.”

Tommy’s throat went dry and his heart flipped over. “Do you mean what I think you mean?”

Guy lowered his hand and took Tommy’s in his. “I think so. I like you—a lot. You’re handsome and charming and I feel a connection. I know it’s quick, but I’m a forthright, fast kind of guy. Besides, if you find me a house as rapidly as I want, you’ll be out of my life before I can do anything about it. Do I have a chance with you?”

Tommy wanted to jump up from his seat and shout, “Hell yeah!” But his inner angel was quarreling with his inner devil about work ethics. It wasn’t as if real estate agents had long-term contracts or dealings with their clients. They found a home, closed the deal then moved on to the next client. He supposed it wouldn’t be the end of his career if he got together with one client. Feeling as if his heart had leapt into his throat, he turned his hand over and squeezed Guy’s fingers. “Yeah. I like you a lot too.”

Guy looked like he was about to let out a whoop of victory then remembered where he was. Instead, he lowered his voice to a husky whisper. “I’d invite you to my place, but my dad would be a buzz kill. Do you have your own apartment?”

Tommy swallowed a gulp. “I do in Davie. If you don’t mind the long drive.”

“You’re a funny, funny man, Tom Boudreaux. I’ll follow you to the ends of the Earth.”

Tommy licked his suddenly dry lips and his cock twitched. In mach three, blood was rushing into it. “So I did hear that?”

He liked being called ‘babe’, especially by Guy. He threw several dollar bills on the table, which included a generous tip, then he stood, hoping the evidence of his arousal wasn’t noticeable. From the amused glint in Guy’s eyes, it had been noted.

Ashley Ladd lives in South Florida with her husband, five children, and beloved pets. She loves the water, animals (especially cats), and playing on the computer.

She’s been told she has a wicked sense of humor and often incorporates humor and adventure into her books. She also adores very spicy romance, which she weaves into her stories.