Power Shift is a novella about a married couple in a relationship rut after twelve years. Cissy decides to shake things up and take a more dominant role in their love life.

This was a pretty good read. There just aren’t enough books about long-term relationships. I enjoyed the tension between the psychological and physical reactions of the characters as they explored a whole new world of sexual games. At times, the details about the research they both do feels a little technical, but in some ways I liked that they were both being practical about their sexual explorations. It showed how serious they were—Cissy especially—about saving their marriage.

My biggest criticism of Power Shift is that the ending felt very abrupt. I wanted to read more of their story as they continued to work on their marital problems and rebuild their relationship both in and out of bed. As it was left, I wondered if they’d really be able to work everything out after their promising initial steps. For that reason, I have to give this novella 4 cat kisses.

Sometimes a wife has to go to extreme measures to save her marriage.

When Cissy Holden doesn’t feel appreciated, she takes matters into her own hands and introduces her wayward husband Len to a new way of life wherein she makes the decisions–and the rules. Will Len give up control or has Cissy just made the biggest mistake of her life?

NOTE: Previously released by another publisher as Unexpected Top.

She thinks the best part of being a writer is penning stories about love, adventure, and sex while most others struggle with commutes, micro-managing bosses and cranky co-workers. There isn’t enough money in the world that would entice her to join Corporate America again. She and her muse are sublimely happy doing their own thing.

The third book in my Hidden Lines series will be out later this month. To Snarl or to Snuggle concludes the trilogy that charts Chloe and Jorge’s journey to their happily ever after. 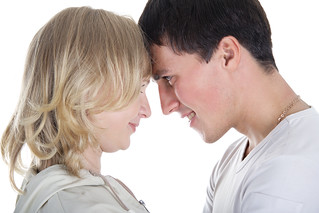 When our eyes meet, he looks so serious. “If you don’t want to plan a wedding, I’m ready to elope.”

“That’s a tempting offer, but I don’t want to alienate your entire family.”

OK, he really is serious. A momentary gut check tells me my answer. “No. I can wait and go through the ceremony and everything. It won’t kill my inner tomboy. And I can do it without my mom.” Even though it wrenches my stomach—my heart—to admit it aloud.

He nods and squeezes my arm. “OK. I just want you to be happy.”

And that’s how he melts me time and again. With a slightly silly grin on my face, I lean back into the seat.

He starts the car and pulls onto the road.

Get some more sexy for your Saturday here: